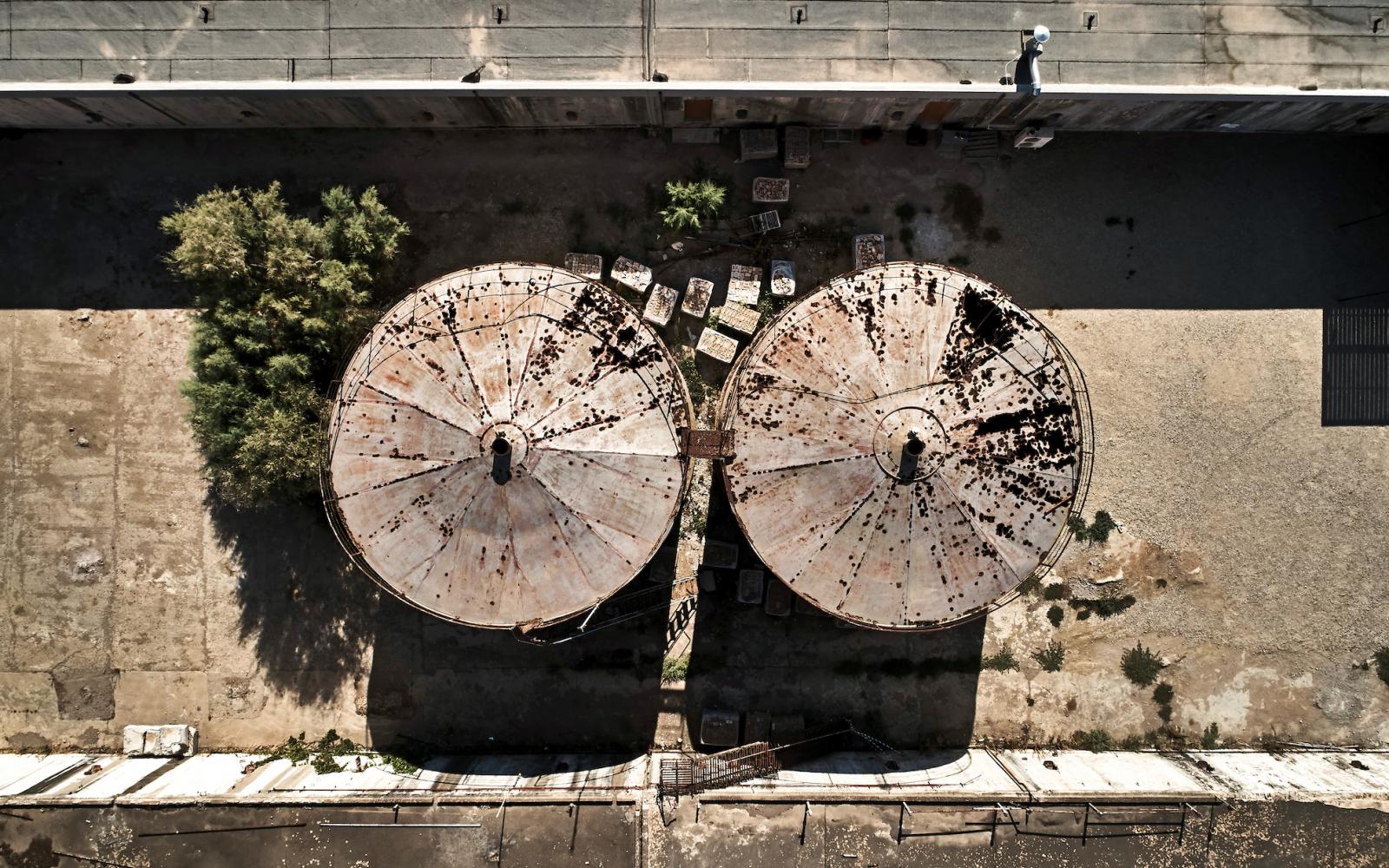 Dimitris, together with his brother, Konstantinos, maintains one of the most innovative architectural offices in Athens – K-Studio. Their creations, designs beyond the imagination, can be seen in Greece, London, Israel, and Thailand. The Perianth Hotel in Agia Irini Square, restaurant Barbouni in Costa Navarino, Zonar’s, two reastaurants at the Four Seasons in Vouliagmeni, the Vora Villas in Santorini, Hotel Dexamenes in Kourouta, and the new Mykonos airport bear their signature.

Why did you choose architecture? Brainwashing... Both my brother and I– brainwashing by our parents. My father’s an architect and my mother’s a designer. As children, we always participated in their discussions. However, architecture wasn’t the first thing we wanted to do; it was actually construction.

What was it about construction that you liked? The process of creating, the DIY approach, the materials and craftsmanship. The idea of interacting with a complex design. It has to do with the sun, the light, and the air, as well as who will inhabit it.

When did you decide to become an architect? When I was 15, I visited a university and told them I was ready to study architecture. Their answer was, “Yes, we understand, but you’re still too young...” (laughter). However, I was absolutely sure it was what I wanted to do in life.

University…, at 15? Yes, I specifically went to London. Despite my age, they accepted me, talked to me, and were very kind. They were impressed by my enthusiasm, but I had to wait a few years. They encouraged me to think beyond construction, and to consider studies in architecture.

Did you return home without having accomplished anything? No, I hung around the lab at ‘The Bartlett’ (University College London-School of Architecture) for a while until, at some point I was told, “Okay, enough. You have to leave now because you’re too young” (laughter).

Were you disappointed? On the contrary, I felt very lucky. That slap across the face opened my eyes. I realized that it was there that I wanted to eventually study to become an architect, and to think like one – a very important realization, indeed.

Is it one thing to conceptualise something and another to create it? Creating is all about the actual construction of an architectural design. Conceptualising has more to do with a methodology or analysis of complex design elements and parameters in order to formulate solutions.

How did you begin? I was just 22 years old when my friend, Alexandros Varveris, owner of Moda Bagno-Ιnterni, said to me, “You know, we are building a new restaurant in Thessaloniki. What do you say; would you like to design it?” I automatically said, “Yes, of course! Why not?” There was definitely a little arrogance there. I didn’t realize what it meant to tackle a project with so many parameters, and such high expectations. Luckily for me, both Moda Bagno-Interni and the interior designer, Paola Navone, helped me a great deal. Collaborating with Paola was an educational experience for me. My second mentor was Will Alsop. I worked in his office for a year, which helped me tremendously.

What has the most impact on our lives– influences or choices? That’s a very good question. I think our choices determine who we are. After all, we are constantly bombarded by an incredible amount of influences. Our ability to make our own choices is, in reality, our strength.

Do we create beauty by tearing down something ugly? Personally, I find beauty in everything.
Even in something inherently ugly? If I’m not drawn to something, it’s only because I don’t see any love in it. Personally, I feel that there’s nothing in this world that doesn’t contain some beauty.

What is the most interesting project you’ve done thus far? There was a project called ‘Dexamenes’ – extremely important to us, and interesting. It’s a factory on the beach of Kourouta that had been abandoned for about a century. It was, and still is, a block of a concrete building just sitting on this beautiful beach. Upon seeing it, many would say, ‘But, it’s so ugly!’ Our client, or more likely our client’s father, had purchased the site with the intention of tearing it down and building a hotel in its place. This building had garnered so much disgust over the years, and so we accepted this challenge of creating something beautiful from something so ugly.

Can the right architecture bring out the best in someone? Yes, definitely – a person, a place, an investment, and much more. On the other hand, architecture can’t solve the world’s problems.

Are materials a source of inspiration for architects? Absolutely. Light and air are architectural elements. One of our projects is the roof of the restaurant Barbouni, in Costa Navarino. We had the incredible opportunity to use air as a material on this project. We wanted to be in tune with the dynamic landscape. With this in mind, we designed a retractable roof.

Would you ever design a prison? I think it would be particularly interesting. Will Alsop actually designed a prison. It was a concept based on preparing inmates for the moment of their release – prison as a transitional stage. The question is, how can we turn a prison into a place of learning that will positively affect inmates?

Would you ever consider designing a place of worship? Though I’m not religious, I am spiritual. I really like finding myself in places of worship. I’m challenged by spaces that create this feeling of elevation – of something bigger than all of us. I like giving myself the space and time to think of things that are much bigger than all of us, and to put them into perspective somehow. I would jump at the opportunity to create such a space.

Can a basement become a penthouse, and vice versa? No, that’s not possible, but a basement can certainly be just as interesting as a penthouse.

Can you create good architecture at a low cost? A good idea is the right idea. The right materials and the right parameters lead to the right idea– just as in cooking. Good sushi requires fresh fish. If you don’t have fresh fish, don’t make sushi. Make something else.

Do you have an unfulfilled architectural dream? To design my own home.