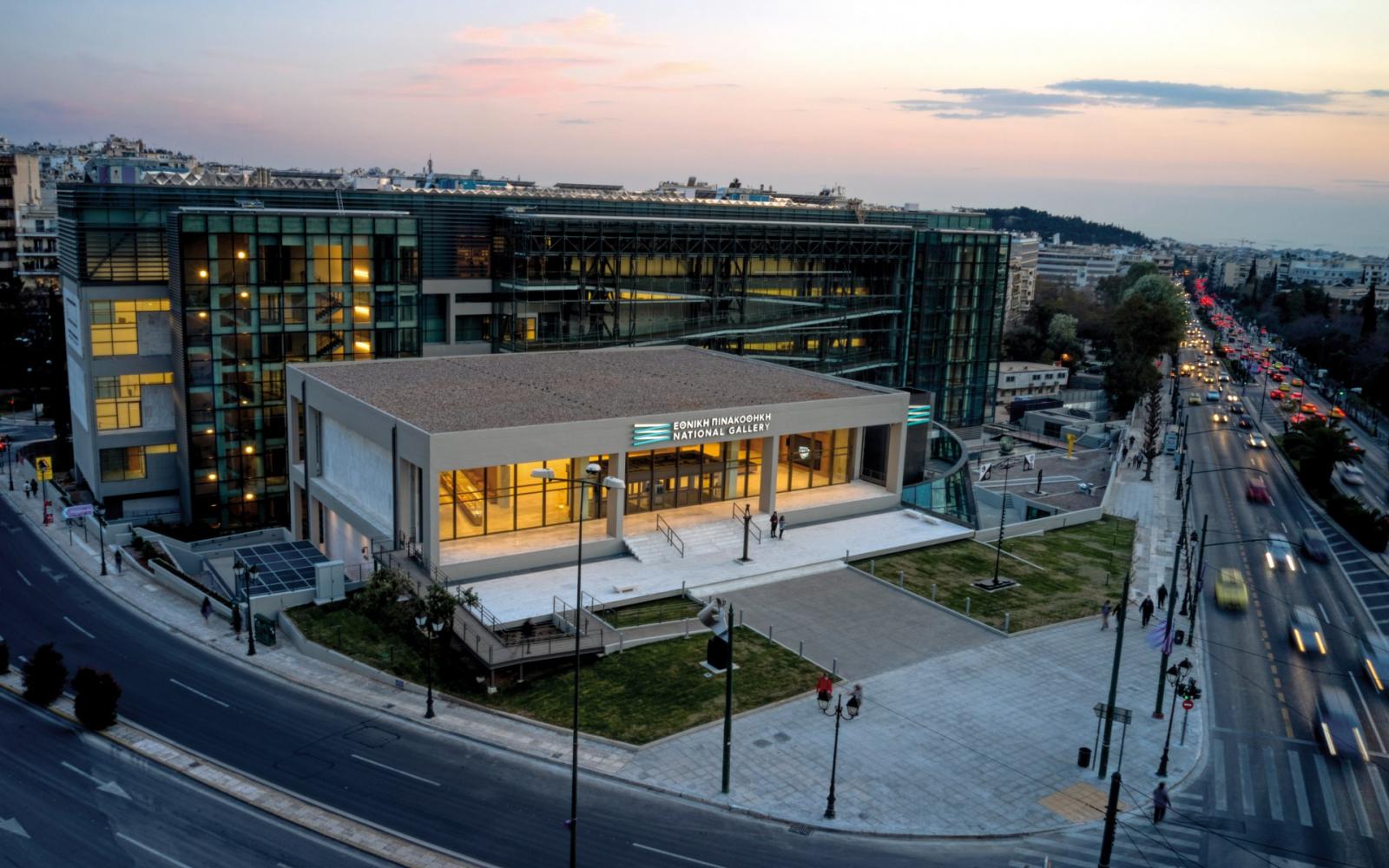 Ziller-Loverdos Mansion
The Ziller-Loverdos Mansion was built by German architect, Ernst Ziller, in 1882. Ziller occupied the property until 1912 when it was sold to banker Dionysios Loverdos. Loverdos used the residence to display a collection of over 600 rare and precious items. The Loverdos Museum opened its gates on May 18, 2021 – International Museum Day. Some of the mansion’s architectural features include Caryatid busts, murals, ceiling paintings, period fireplaces, and a wood-carved staircase ascending to the attic and a room with marble columns. The Loverdou Collection includes Cretan and Heptanese iconography, sculpture, and other antiques.

Museum of Modern Greek Culture
In Monastiraki, the heart of Athens, disguised among the facades of buildings and shops, lies a genuine neighbourhood of the old city tucked away like a secret. A timeline of the area’s long history unfolds in a mosaic of architectural remnants such as the Late Roman wall, an early Christian basilica, parts of a mansion, a 17th century chapel, as well as 19th and 20th century homes. This historical neighbourhood, as it was designed, is witnessing a revival through the exhibitions and collections of the Museum of Modern Greek Culture. The Museum, which is being revealed to the public in parts, initially opened its gates with the exhibition, Antidora of ’21. Heroes and Symbols. This temporary exhibition is housed at 9 Kladou Street, Monastiraki.

National Art Gallery
The renovated National Art Gallery, which opened its gates to the public a few months ago, was founded in 1900 and holds over 20,000 works of art including collections of paintings, sculptures, and engravings all dating from the Post-Byzantine period, to the present day. The total area of the gallery is 20,760 sq.m. (from 9,720 sq.m.), whereas the additional exhibition spaces were increased by 2,230 sq.m. The exhibition space for permanent collections can hold up to 1,000 pieces, while the new amphitheatre has a capacity of 450 seats. There are also two bars/restaurants, one which has impressive views of the Acropolis, Lycabettus Hill and the Saronic Gulf. Until November, visitors will have the opportunity to visit the temporary exhibition titled, ‘1821 in Painting: Greece Demands its Historical Art Gallery‘, dedicated to the 200th anniversary of the Revolution of 1821.