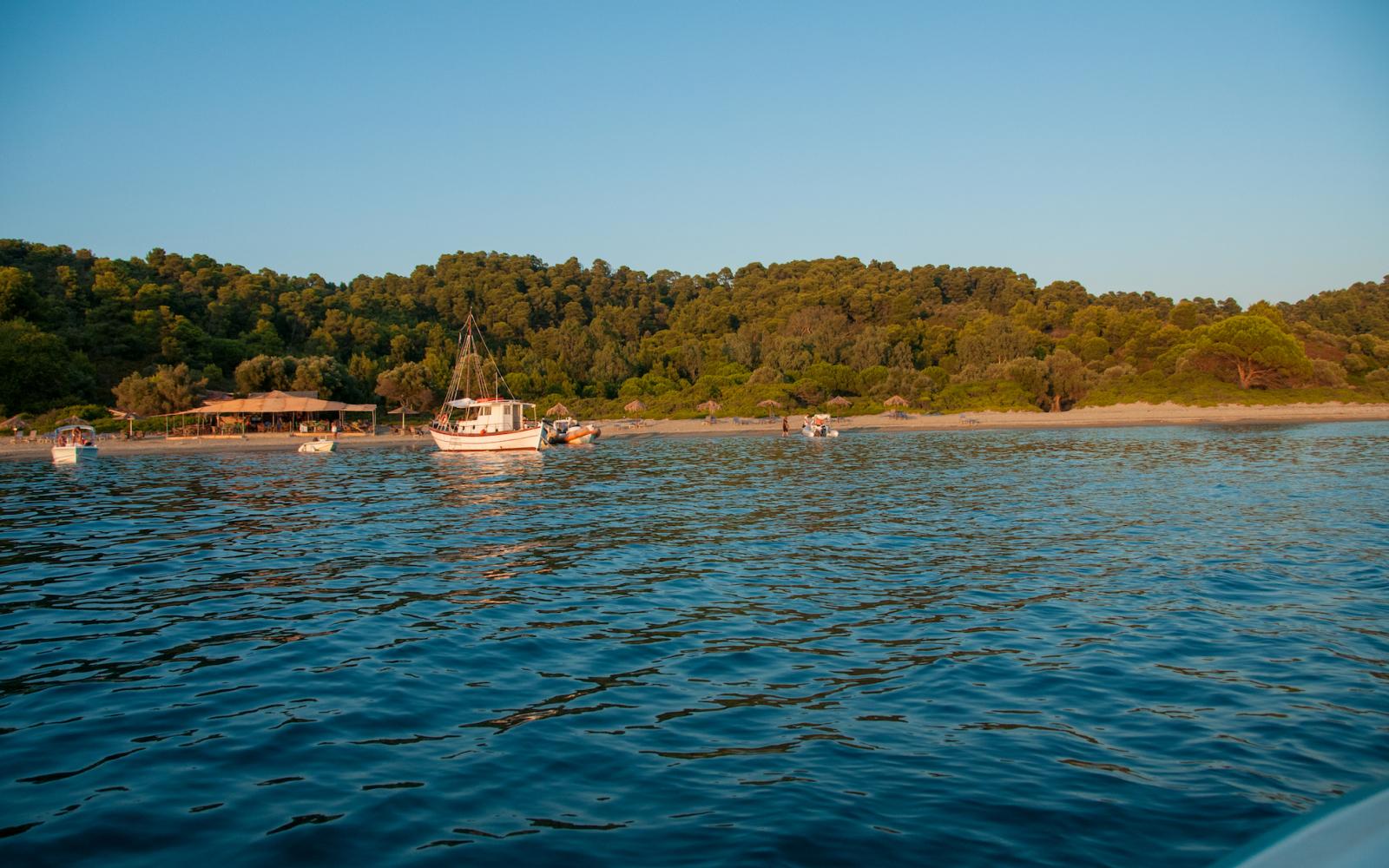 Tsougrias is a bright-green islet that forms part of the Sporades group. It lies just opposite of Skiathos’ main port. Smothered in dense greenery and girded by beautiful beaches with white sand and crystalline waters, the little island is one of the most popular summer destinations in the area. You’ll arrive aboard a small boat departing from Skiathos harbour, or from Achladies beach. Underway, the captain is sure to tell you of how the shipping magnate, Thomas Epifaneiadis, commissioned the architect, Alexandros Voyiatzis, to build a chapel on Tsougrias in the early 1960s. Then he’ll point to the chapel itself, dedicated to Saint Floros, which is carved into the solid rock of a cliff (hence the moniker, ‘church in the cliff’). There are also wetlands on the island which serve as an important refuge for the Sporades’ feathered inhabitants.

Local legend has it that The Beatles visited Skiathos in the 60s and made a concerted, but failed attempt to purchase Tsougrias.