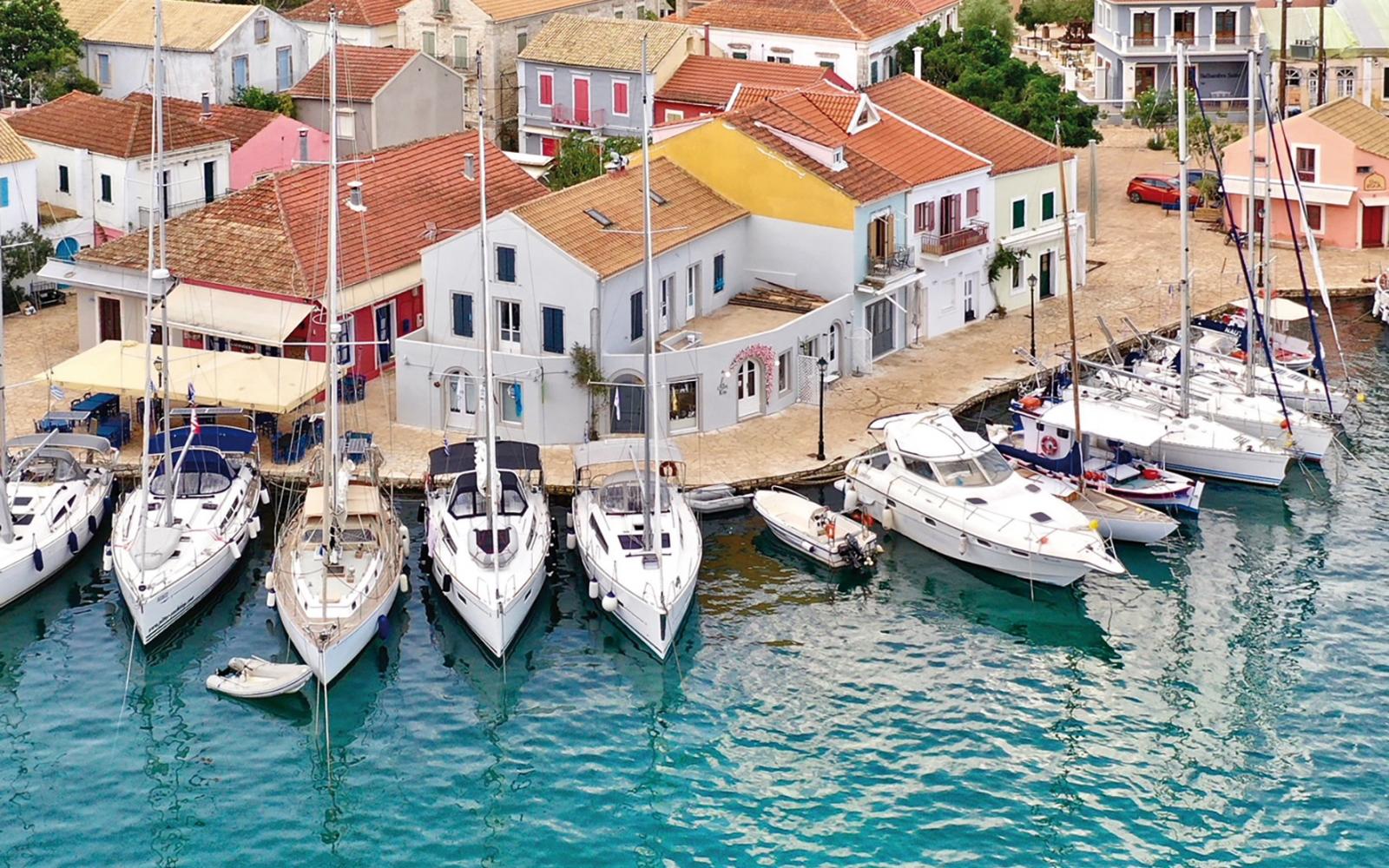 With the plush Ionian landscape as a backdrop and the turquoise waters of the port crowded with luxury yachts, Fiskardo is the meeting place for those who love the good life. Although its architecture dates back to the 18th century, the small port of narrow streets with colourful, two-storey houses, crimson roofs and flowery courtyards is the liveliest, most cosmopolitan spot on the island. It is also the only settlement that remained standing in Kefalonia after the strong earthquake of 1953. The port is listed as a Protected Traditional Settlement. As such, automobiles are forbidden, making it perfect for taking walks. The port’s restaurants are famous for their seafood and traditional fare. Tasia, an iconic restaurant whose specialties include fresh lobster and traditional meat pies, has been serving celebrities such as Ornella Mouti and Steven Spielberg, for half a century. Evenings in Fiskardo end with good music and unique after-dinner cocktails at Le Passage.