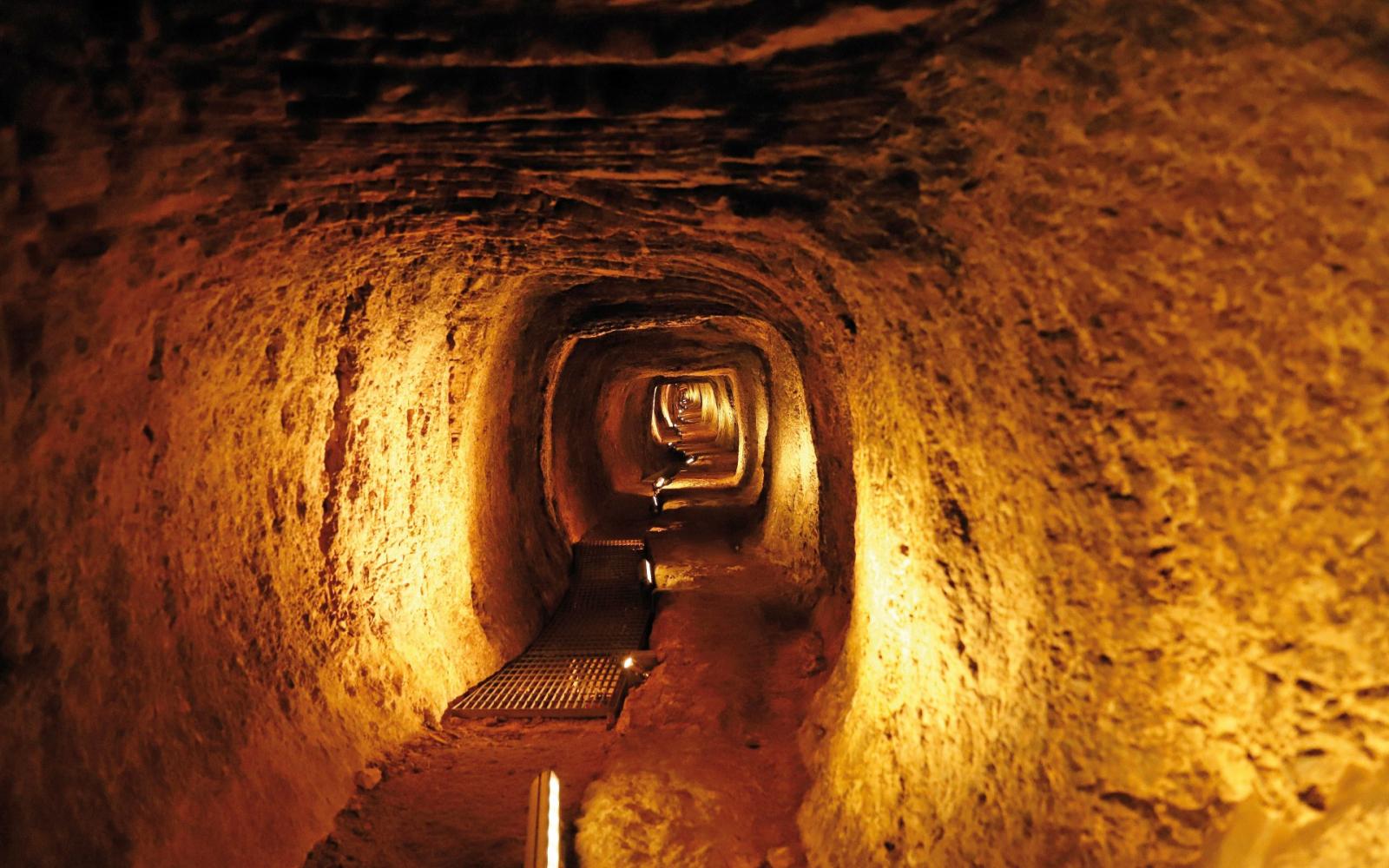 In the 6th century BCE, Polycrates, the tyrant of Samos, ordered the building of an aqueduct to supply water to his capital (today’s Pythagoreio) in times of siege. Eupalinos, an engineer from Megara, boldly undertook the task to build it. He was ‘armed‘ with a weapon, mathematics. Utilising complex calculations, Eupalinos engineered what Herodotus termed an amphistomatic tunnel – a 1,036 metre tunnel constructed simultaneously from opposing points. Ten years on, workers using hammer and chisel met in the middle. What‘s extraordinary is that the magnetic declination of the tunnel was found to be imperceptible. If you consider key details in the tunnel’s construction, specifically an inlet to allow water to enter an underground cistern from which water was piped to the city, it’s clear that Eupalinos’ design was ahead of its time. What’s more, it was designed to be ‘invisible’ to the enemy, a precaution to ensure that the water supply couldn’t be cut off. Altogether, it’s clear why UNESCO designated the Eupalinos tunnel a World Heritage Site.