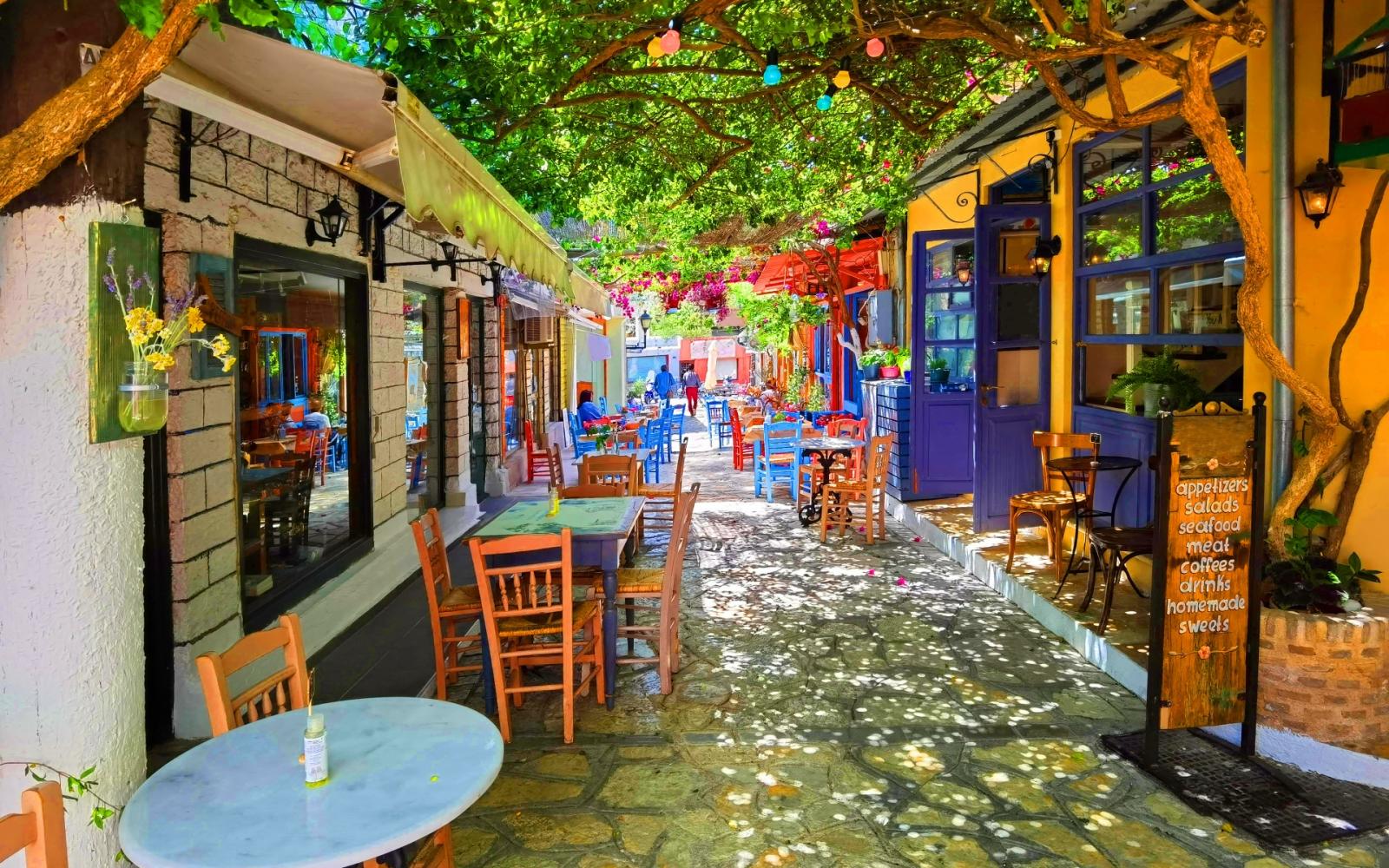 The city centre’s most beautiful and timeless neighbourhood

“During the Turkish Occupation, a very tough and violent Turkish military commander was in Preveza. One night, the residents soaped a cobbled path at its steepest slope. The following day, when the commander passed by, his horse slipped and he himself fell, shouting 'Saitan (Satan) Bazaar'!" With the above engraved into three marble slabs on the facade of a building, the visitor learns how this street acquired its peculiar name. Then comes the realisation that this historic neighbourhood’s most quaint of lanes is picture-perfect.

The cobbled street is adorned with bougainvillea and jasmine, and its tasteful shops appear as if plucked from black and white photographs from a distant era. Timoleon Veska, the old barber shop dating from 1920, is still the meeting point for Preveza’s elder gentlemen. Just opposite is the historic printing house, Tsoka. Visit the so-called 'music cafes', those made famous by the roving piano-accordion musicians of the 20th century. You're sure to hear a rebetiko song (‘old school’, Greek folk music) or two! Take in the charm of the area's colourful, two-storey houses with their blue-painted shutters and whitewashed courtyards. At the uphill end of this historic lane is the well-preserved home of Greek poet and novelist Costas Karyotakis. Here, the writer spent the last days of his life. His great works have been translated into more than thirty languages.